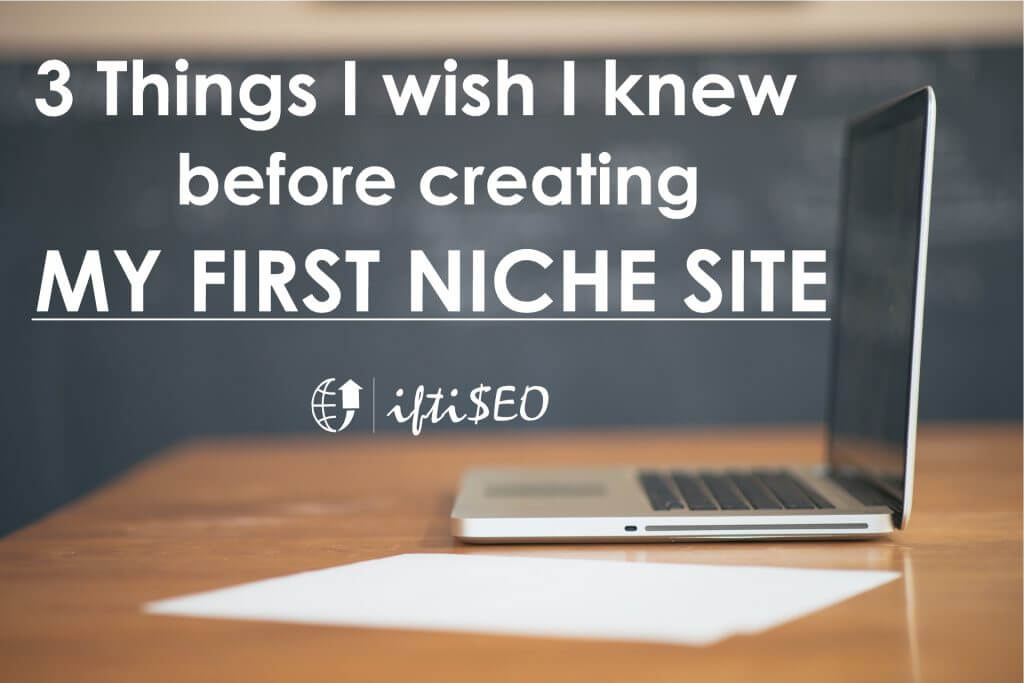 SEO isn’t as easy as it used to be a few years back. At that time, you could literally put a 1000 words article, throw some random links at it and within a few weeks, it would start ranking.

Fortunately or Unfortunately, those days are gone. You can’t do the same now and expect your site to rank. Google’s algorithms have evolved a lot and is getting better day by day.

When I started a couple of years back, SEO was changing. Things that used to work earlier were getting out of fashion. New strategies, new techniques were being introduced in the market by the so-called SEO gurus.

There was a state of confusion in the SEO industry on what was working and what wasn’t. It  got me into the trap as well. It took me more than 6 months to actually understand and implement the effective strategies and took me further six months to scale and reach the $10k/month mark.

Now, when I look back, I realize things were clear even then. It was just that things that worked weren’t shiny and required lots of efforts while the techniques that didn’t work were presented as shiny objects. This is how SEO industry has been mostly. Even today, I see the same practice going on.

A year isn’t a long time, but I know I could have gotten to this point sooner if I just knew what I know today. It’s interesting to look back and see the mistakes I made in the initial phase of my IM career and how it impacted my growth.

Here are the three things I wish I knew when I launched my first site. Had I known these things, I’m sure I would have grown way faster.

1) Patience and Consistency are the Key To Success in SEO

I’m sure you have heard this a gazillion time. But trust me, this is the most precious piece of advice anyone can give.

When I started, I had shiny object syndrome. I used to run after every new product that was launched in the market claiming to make you rich overnight.

I had literally tried every money making method. You name it, I had done it.

The funny thing was that every time I tried a new thing, I expected it to make money from the very next day. 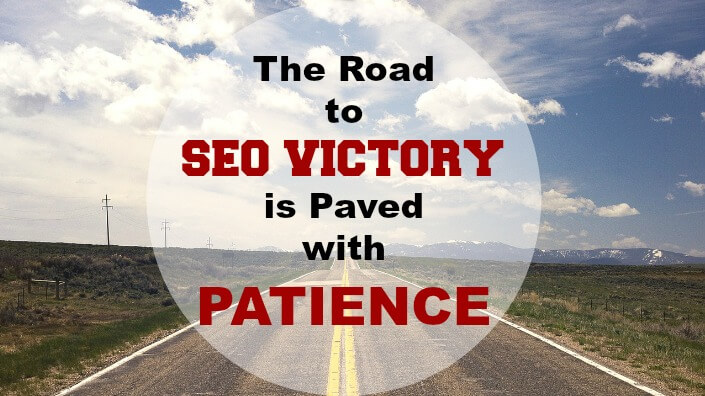 However, fortunately for me, it didn’t take long to understand that this approach won’t take me anywhere.

Now when I look back, I realize how important being patient was. There’s another instance that I would like to share. I had a niche site in the education niche stuck at the top of the second page for quite some time. I had already invested a lot in the project, so it was bothering me.

Many a time, I felt like quitting the project. There were no movements no matter how many PBN links I throw at it. On-page was great too.

Then I came across this post from Moz. In it, they have mentioned about One Month Rule.

[mks_pullquote align=”left” width=”700″ size=”21″ bg_color=”#1e73be” txt_color=”#ffffff”]What it simply means is if you’ve made a change (built links/301s) to the site and expecting movements, forget about it for a month. Come back to it a month later and then analyze things have shaped.[/mks_pullquote]

However silly it may sound, it actually worked for me. I decided to forget about that project for a while and focused on others. Didn’t check the SERP tracker for a month. Found it in at the 4th spot after a month.

Had I not taken the break, I might have quit the project in between or had sold the site.

Okay, back to how I started. At that time, I needed to find a method that worked and had to stick with it until I succeed. Adsense niche sites seemed to be most suitable for me. Once I made up my mind, I read a lot about it before actually jumping in.

This is another mistake that I have often seen bloggers doing. They just jump into a monetization method without proper research.

Instead, make sure you have enough knowledge of the field you are getting into and you understand what exactly you need to do to succeed.

Chris Lee’s blog Rankxl helped me a lot in knowing the potential of adsense niche sites and how they work. Following his guides, I started my first adsense niche site and promised to myself to stick with it unless I make it big.

You know, at the start of a project, we all are very excited and determined to make it big. But as the time goes by, our determination starts to slack. Sites usually get sandboxed initially and show very little effects of your efforts.

That’s where consistency comes into play.

I made sure no matter I like it or not,  I devote the maximum percentage of my time to it. Many a time, I felt like quitting but that’s when my determination kicked in and forced me to keep working. Slowly, the site started getting Google’s love and in a matter of few months, it grew bigger than my expectations.

This taught me a big lesson:

“If you feel like quitting in the middle of a project, remember why you started in the first place”

I had a dream of making good money online and that’s what kept me motivated and pushed me to my limits.

I’m sure many of you have the same dream.

If someone like me can make it big, there’s no reason why you can’t. All you need is strong determination and the persistence to survive not so good times.

Like any other newbie, when I started, I had no money to invest on backlinks, content and even hosting. I used to search for the free alternative of everything.

I am sure many of you in the struggling phase could relate to this.

Now that I am in a stage to afford all those costly tools and services, I realize one thing. I would have been way more successful now, had I not taken the free route.

Trust me, SEO needs money. You can’t skip the investment part and expect to grow big. 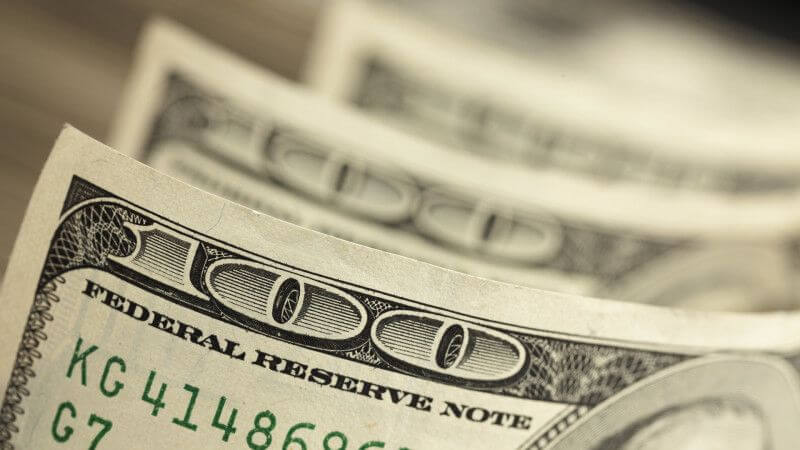 But at the same time, it’s not possible for someone just starting out to invest from his pocket. Same was the case with me. So, I freelanced to support my SEO work. I worked as a content writer for many sites and invested whatever money I earned on my site.

I didn’t spend even a single penny of my earnings months after months and kept investing all of it on the site.

What motivated me to invest back the money?

Well, I had one thing very clear in my mind. I didn’t want to work my whole life as a freelancer. I was doing it only to support my SEO related financial needs.

And the only way to get rid of the freelancing world was to invest the money on my projects and make them big. Big enough to support my future projects.

I have seen quite a few guys working as freelancers since years. No hard feelings, but I just can’t understand why don’t they put in the same amount of efforts on their own site?

If you are freelancing in the initial phase of your career to support your SEO related financial needs, it’s good. But if you’re freelancing since the last couple of years and still don’t have a solid earning site, I am sorry to say you are missing the bigger picture.

3) Treat Your Blog as a Business

This is something I realized very late in my career. I never really took blogging as a serious business even when I started making good money.

Not sure why I always had a little casual approach towards it. Maybe because I was into studies alongside. I wish I had understood this thing earlier. Could have been a game changer. 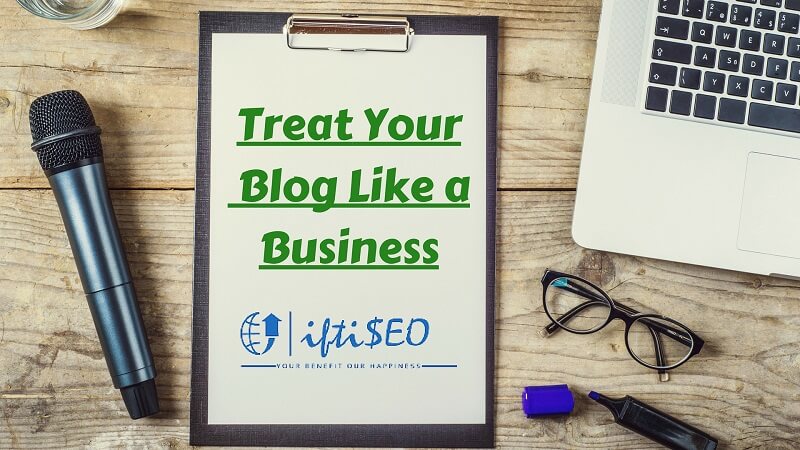 What exactly do I mean with treating your blog as a business?

When someone starts a real business, some sort of investment is required. That invested money keeps him at the edge and FORCES him to work his off to grow the business. That’s something I see missing in the blogging industry.

Because the majority of the newbies start with zero investment (like me), they tend to take it way lighter than they should. They don’t come up with an actionable plan that should be executed in order to grow it. Also, there’s no long-term strategy.

How many business owners do you know that make that much amount of money? And those who make it, see the efforts and time they put into their business.

A business doesn’t just get to $100/day and $3000/month overnight. It needs a lot of work, dedication and persistence to take it there.

There’s no shortcut to success. You will have to put in the required amount of efforts to get the desired results.

Another despairing thing that I have noted in almost all of the newbies including me is we want to be spoon fed.

We want someone to come to us, tell us their niches, do the SEO work and make money for us. I’m sorry but that’s never gonna happen. The sooner you realize it, the farther you will go.

Like any other guy starting out, I had lots of questions. And the EASIEST way that seemed was to ping the guys who were doing good in this field and bombard them with questions and call him RUDE if he fails to reply even once.

Now think from that guy’s perspective. Why on the earth is he required to answer your questions? What is he getting by this?

I’m not saying that one should not help his fellows. All I am saying is that it’s important to understand that not everyone is in the right zone every time.

So, what’s the correct way of getting your queries solved?

Well, I realized this thing early in my career. I started to refer google for all my queries.

And trust me, 70% of my queries got solved by a mere search. 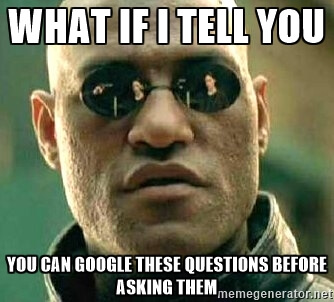 And for the rest 30%, I started emailing those guys with to the point questions. Believe me, the majority of them responded to the questions unlike earlier.

A big take away from this is that NEVER ping someone on social media if you’re actually looking for your queries to be solved. Rather, email them and ask to the point questions. There is a greater chance that you will get a response.

So, these are a few things that I wish someone had told me in the early days of my IM career.

But better late than never.

I would strongly advise you to implement these suggestions if you are willing to grow. As I said, had someone told me these, my progress would have been much faster. Now you don’t have that excuse.

That’s it for now. See you later!!