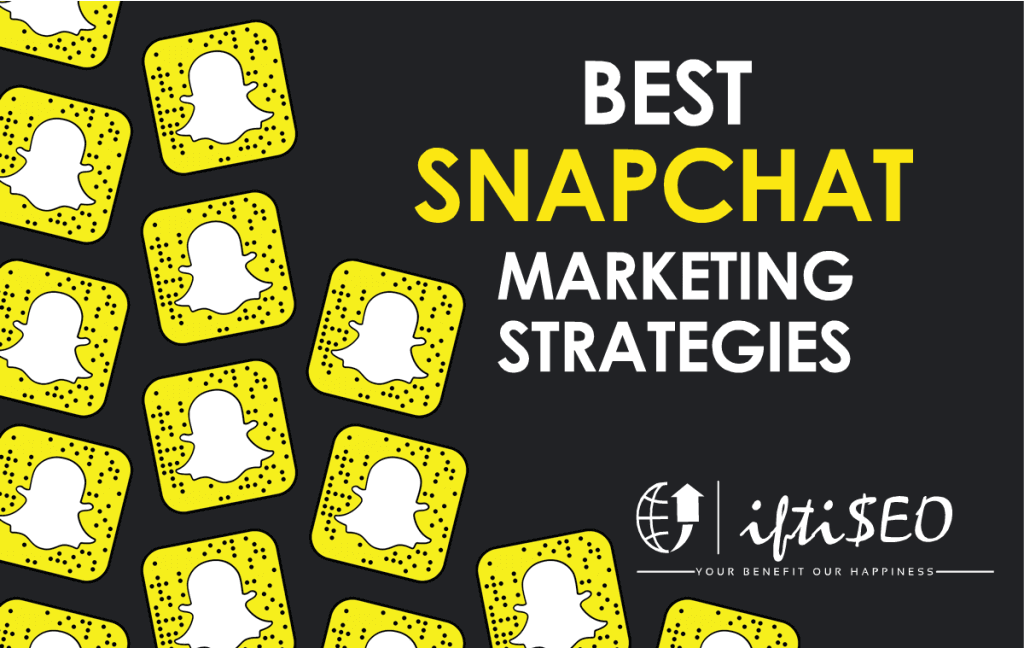 Snapchat is the best example of innovation and a certain cheekiness driving success in the world of social media. And thus its a great medium to Boost your Business and reach out to a younger set of Audiences. Here you will learn 5 Must try Snapchat Marketing Strategies that you must try out. 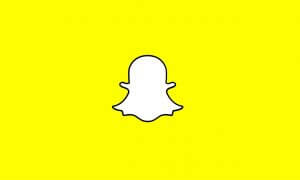 Its growth is certainly phenomenal since it launched in 2011. As of 2015, it netted more than 200 million active monthly users, taking 400 million snaps a day. Here’s an infographic displaying the growth of snapchat in comparison to other social networks.

Users are not just taking snaps, however. A majority of Snapchat users (76%) as of August 2015 buy products online, which makes them a particularly good demographic to target for marketing and sales efforts.  It is no wonder that big name brands are sitting up and taking notice of the relative newcomer.

One of the reasons for Snapchat’s popularity is its appeal to the millennial (early 80s to mid 90s) and Gen Z (mid 90s to present) populations. These groups are particularly hard to engage using conventional means, but they do take to Snapchat like ducks to water. Any self-respecting entrepreneur would take advantage of this level of engagement by finding out as much about the app as possible. Take up the challenge and get with the program! Here’s a quick Snapchat guide for the clueless.

Snapchat distinction – Why to do opt for Snapchat Marketing ?

Texts, photos, and videos you send to or receive from anyone in your contact list expire 10 seconds (or less) after viewing. When a snap expires, the content is deleted from the device as if it had never been. The only trace of its existence is the sender details.

You may be wondering what the point of such a feature is, but that only means you are not the target demographic. Snapchat appeals to the desire of young people to live in the moment.

Nearly half (45%) of all Snapchatters in the US are between the ages of 18 and 24. This landsSnapchat squarely in the middle of the 20s and 30s generation groups. The ephemeral nature of snaps is very attractive to them because this gives them the freedom to express themselves in any way they want without fear of reprisals.

To illustrate why it is important to use Snapchat for business, consider the following statistics: while only 18% of the total US population that use social media uses Snapchat on a regular basis, that rises to 30% when considering the combined population of people in their 20s and 30s. If your business targets one or both of these groups, then Snapchat is a very effective medium for your marketing.

Snapchat has a plethora of features that anyone can master with a little effort. Self-destructing snaps and its snake-like fascination for the young presents peculiar opportunities for entrepreneurs in marketing and promotion. Here are some snapchat marketing ideas you can use to effectively market your brand and business to this audience.

1. Give them real time action 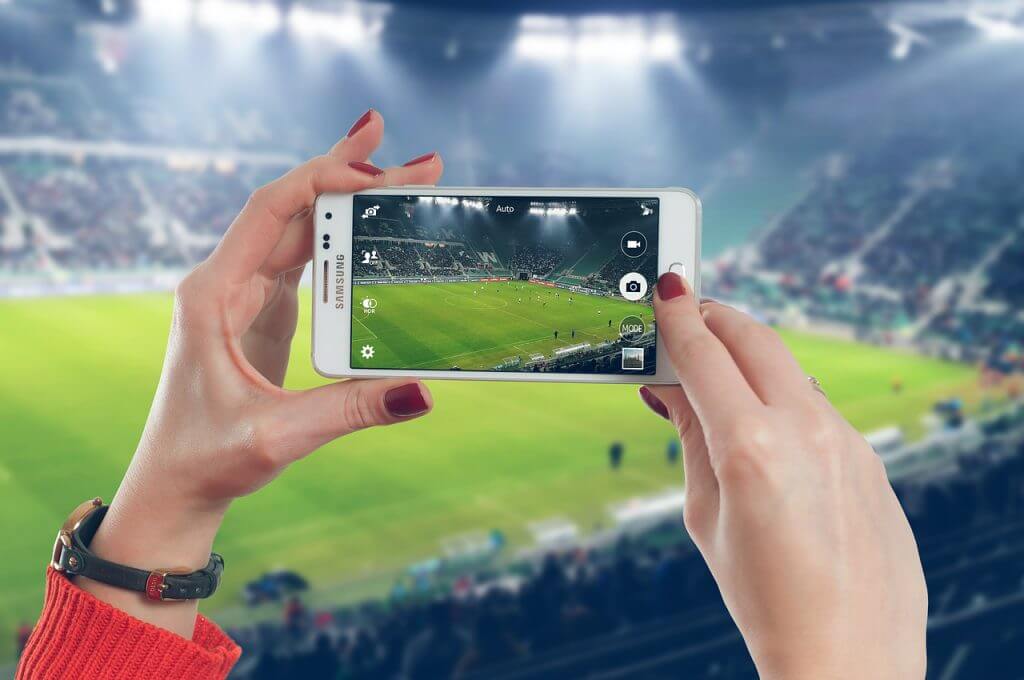 It would be fair to say that Snapchat is particularly suitable for broadcasting real time action.

Live Stories is a unique feature where snapchatters can contribute their own snaps to a Story if they happen to be on location. A Story is an album of snaps that stays active for 24 hours after it is first sent to recipients.

If you host or participate in an event, you can share what is happening to those who can’t be there in the flesh, so to speak. You can add snaps to the Story in real time, giving them a blow-by-blow account, and earning their undivided attention.

In effect, you are letting them experience a live event vicariously through your Story, and giving them the personal perspective, as opposed to the official coverage. This is useful for your marketing strategy because your audience will appreciate your efforts, and get to know you.

You can use Snapchat to send your audience snaps of products and offerings that are not yet publicly available. It gives them a sense of exclusivity and privilege.

You can further pique their interest by not actually showing the product, but merely hinting at it. Cover it up with a funny emoticon or intriguing caption, and reveal it a little more at each succeeding snap. This will make them eager to see your next snap, and create a nice buzz among your audience. .

This tactic plays on your audience’s curiosity, and fear of missing out (FOMO). You can use it over and over again with slight variations for different campaigns; it never gets old.

Anyone can offer coupons and promos, but unless you offer something ridiculously great, most people will take their time about taking you up on it, if at all. If you want immediate action on a promo or coupon, send your target market a snap with a contest. It activates a sense of urgency because the recipient only has 10 seconds or less to act on an offer!

EduGeeksClub writer Barbie Kerns laughingly relates, “I got a snap about a contest from the local pizza place, and though I didn’t really want pizza, I joined it anyway. I didn’t win, but it was fun!”

Another way to go about it is to do something like the 1-second coupon campaign by Oak, where recipients had one second to take a screenshot of the coupon to redeem a free Oak. Those who are too slow will get a follow up snap that they will get a second chance the next day.

A study by marketing company Sumpto shows that of the 77% of college students that use Snapchat, more than half (58%) say they would use a coupon they get through Snapchat. That kind of conversion is impressive, and one you would be foolish to ignore, especially since it takes so little effort such a campaign into action. 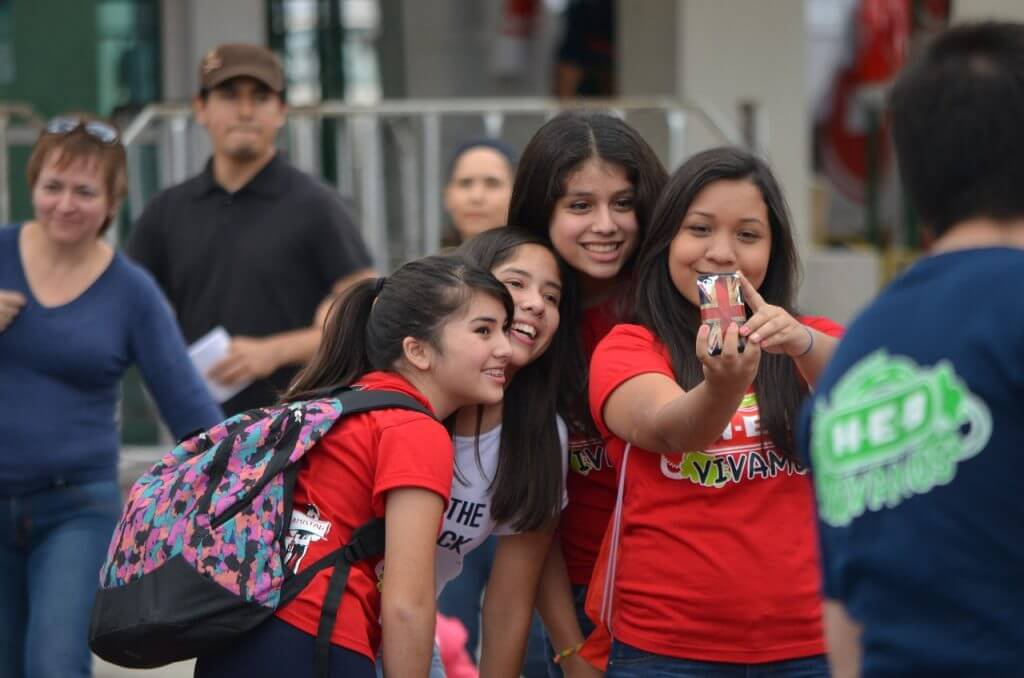 A good way to market your brand is to humanize it, and again, Snapchat makes it so easy.

People are always interested when you give them a behind-the-scenes look into your brand. Send them a video of your production line, or a series of photos of your staff. Send funny or interesting snaps of a birthday party, or a company outing.  Don’t be afraid to show your fun and silly side; it will self-destruct in 10 seconds or less, anyway. Engage them on a personal level and they will remember you.

Everlane embraced Snapchat as its main social media platform, because the company wanted its audience to see them for what they are. As they described on their official blog, “Snapchat gives us the chance to explore transparency in a completely new way. No fancy cameras. No editing. Just raw, live, footage. It’s beautiful, and it’s the platform for the modern generation.“

Your brand can gain a lot of traction if you get Influencers involved.

Bloggers with a large following are influencers that are particularly good to tap. They are regular people with authority, so they are more willing to try anything new and give their honest opinion.

Send products to bloggers in your market and invite them to take a snap of them trying it on. You can also invite them to your events, or ask them to do a takeover and create a story of their day using your account. Their followers will have to follow your brand to see the snaps. 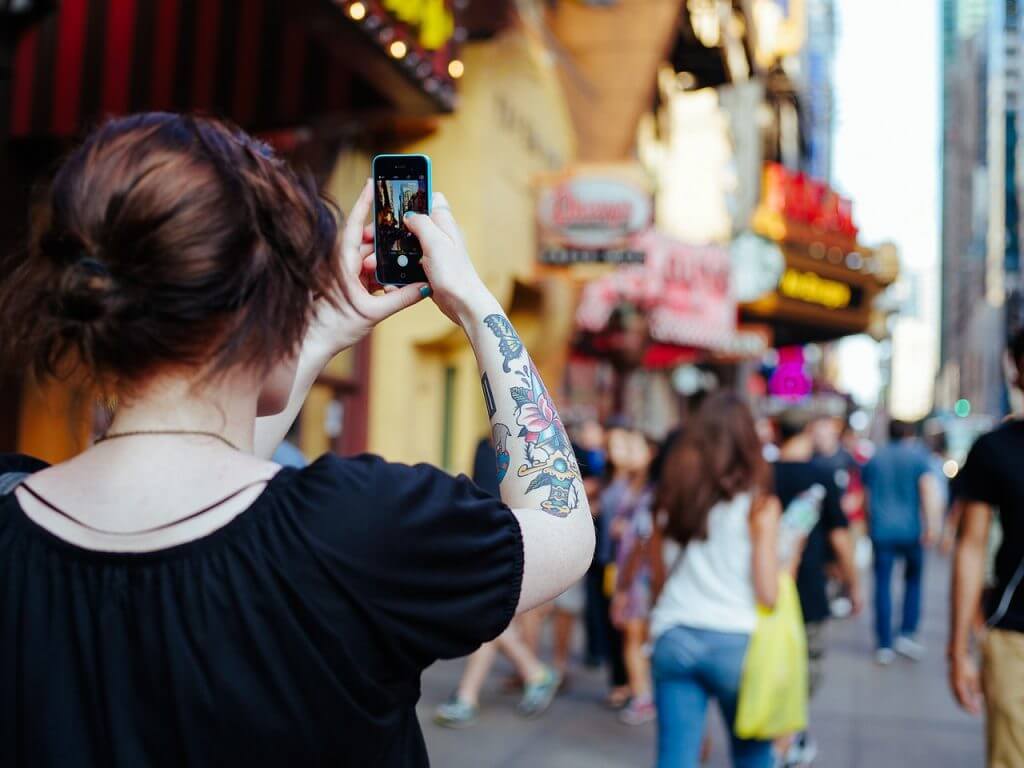 Older people will probably never fully understand the fascination and appeal of Snapchat, but that’s okay. The only thing they really need to understand is that the younger audience respond to it to a gratifying level. Its sense of spontaneity and authenticity is something you can use to bridge the generation and help you engage with your audience. It is so simple yet so effective, that it really is the easiest way for you to promote your business.

Joan Selby is an ESL teacher and a contentet marketer. She also runs her own blog  about social media and writing tips. Joan is a Creative Writing graduate and fancy shoelover. A writer by day and reader by night, giving creative touch to everything. Connect with her on Twitter and Facebook.