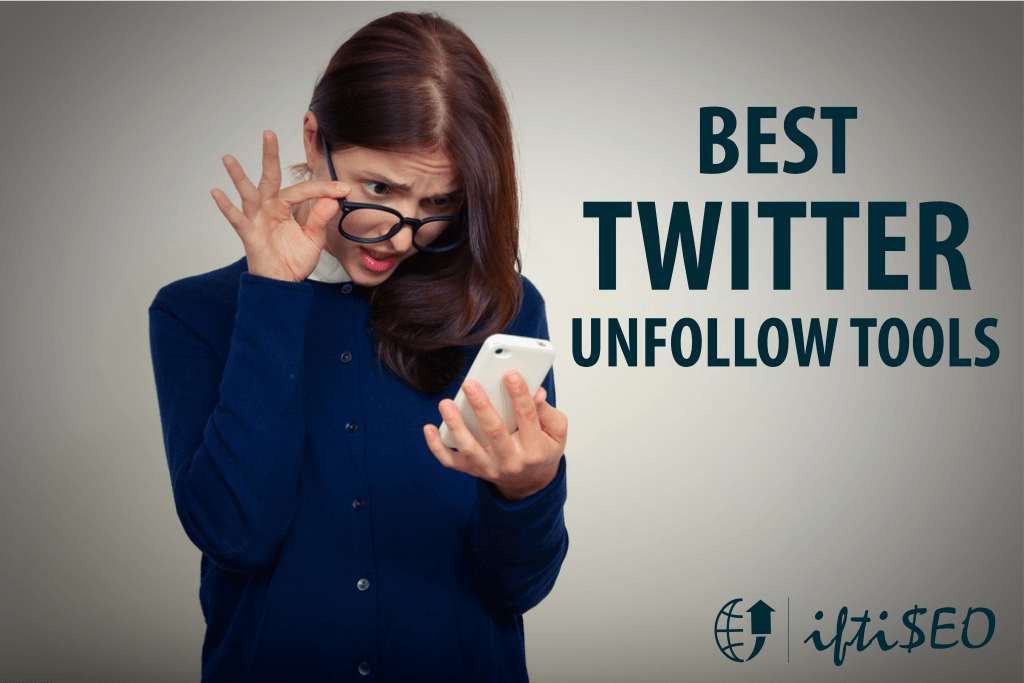 Twitter is considered as one of the most powerful tools for influencers. Not only it is the best news aggregator, but also a great source for consuming valuable information. Over the past few years, it has emerged as a very effective and revolutionary means of sharing direct, tailored information. If you are a blogger or influencer like me, twitter can turn out to be incredibly useful for you.

Many of us have a habit of following just anyone blindly and waiting for them to follow back. You must understand that unlike other social media platforms, Twitter isn’t a platform to boast about the no. of followers you have.

Twitter only started to become valuable for me, when I stopped following people randomly. I unfollowed most accounts which weren’t following me back and avoided following any unknown or irrelevant accounts.

I highly recommend that you clean up your Twitter profile on a regular basis. If you feel like that you have followed way too many irrelevant people and now it would take up a lot of your time to unfollow them one by one then I have good news for you.

ManageFlitter is a vastly used “unfollow tool” which is used to unfollow inactive users and non-followers in mass. The user has to fill in their Twitter login details and that lets them use the website’s features.

The website divides the types of following lists/followers in the account by a wide range of criterions for the user to command upon. The user then can select multiple Twitter accounts and unfollow all of the selected ones with a click.

It also offers a tracking feature to track other users who have recently unfollowed you and has a search feature for users to find more people to follow. Its best feature is that it allows multiple Twitter account usage from the same device.

Untweeps is a really functional auto Twitter unfollow tool which works on the principle of sending reports to the Twitter API. The user here has the ability to select the number of days the user he wants to unfollow has been inactive. 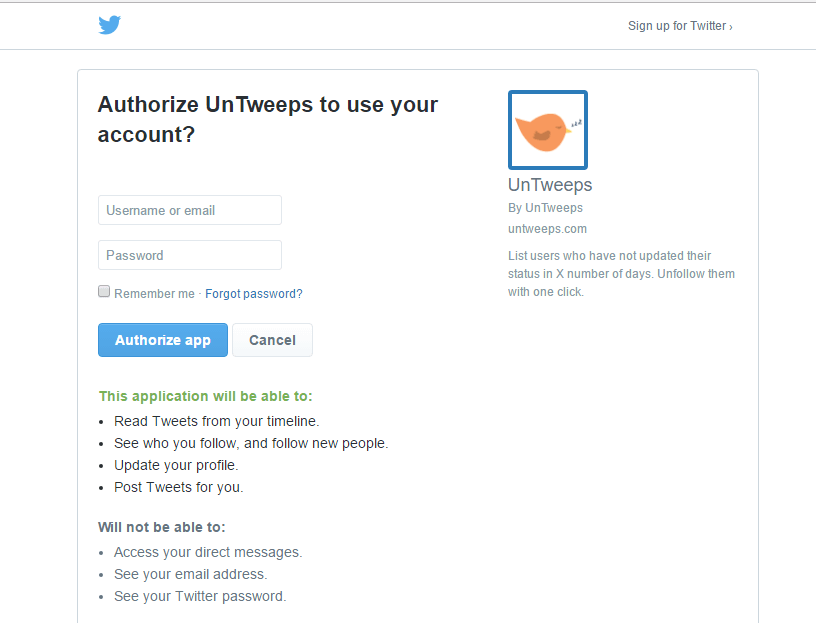 After he’s selected the number of days, the website runs down a coding and shows the appropriate list to the user. This list can contain a maximum of 2500 accounts.

If the user wants to unfollow more than 2500 users, they must run the application once again to get the list of the next accounts. To use the application more than thrice in a single month, the website demands a premium subscription.

The website also has a “Whitelist” feature which allows the user to select and not to unfollow certain users despite their inactivity.

FriendOrFollow is an amazing unfollow tool for Twitter, Instagram, Pinterest and Tumblr. It lets the user sort out users to unfollow via a heavily filterable search tool which has options like “Tweets per day” etc.

It also gives the user the ability to check who isn’t following them back. The website comes with a 7-day free trial and whereupon the user has to pay to use it. They offer a number of premium packages with a wide range of features.

Tweepi offers a wide range of tools; all of which are related to Twitter only. They provide a smooth profile cleaning facility via their “Cleanup” feature which helps users mass unfollow other users with low activity, egg accounts, spammers and/or engagement status. 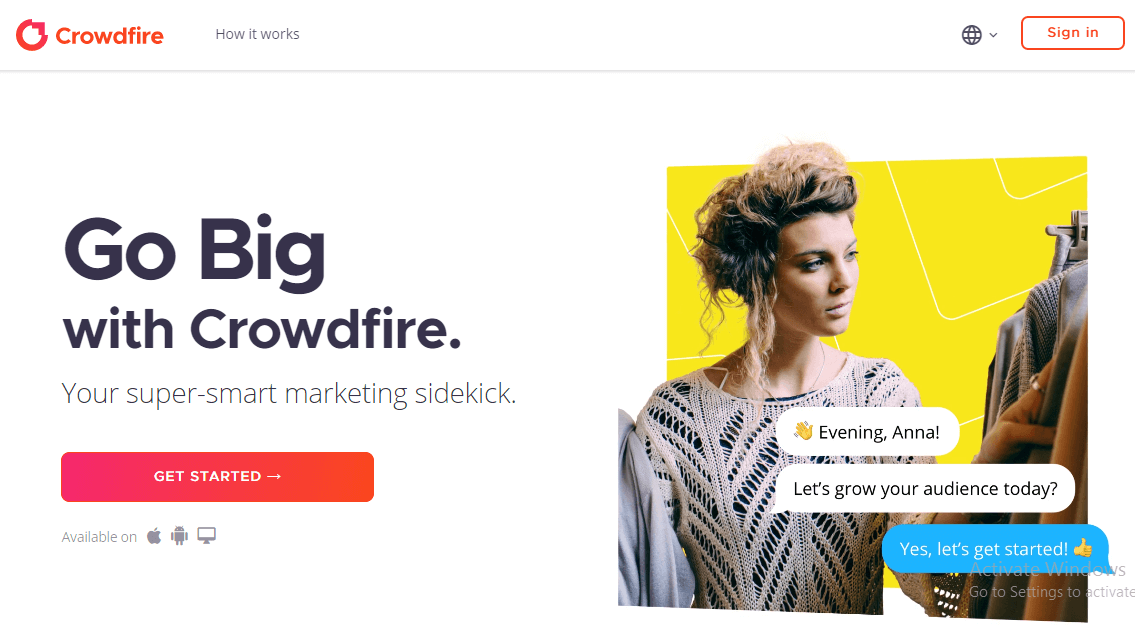 The CrowdFire App is a brilliant social network management website which also has a Twitter unfollow app which lets user analyze and unfollow inactive users. Their best feature is that they also offer account tips for their users for posting and follower management.

The website has over 100,000 daily active users. Its only con is that it only lets users unfollow 25 people daily which is not even close to its competitors.

The website also offers an unfollow tool for Twitter which lets the user unfollow large number of inactive users. The website, though, is mostly used for posting, editing, and advertising purposes, it is a great alternative to the websites listed above.

This was a list of Best Twitter Unfollow Tools to help you unfollow all the inactive and fake profiles. Let us now move on and discuss a few unfollows tools that are even more convenient and get the work done in a shorter time period.

So far, we have discussed tools which let you unfollow people conveniently. But if you are in search for a tool that gets the work done even quicker and is capable of removing all the irrelevant accounts in one click then you are in for a treat.

Twitter unfollow is a Google Chrome extension which enables users to unfollow all of the accounts they were previously following. It works in simple steps. 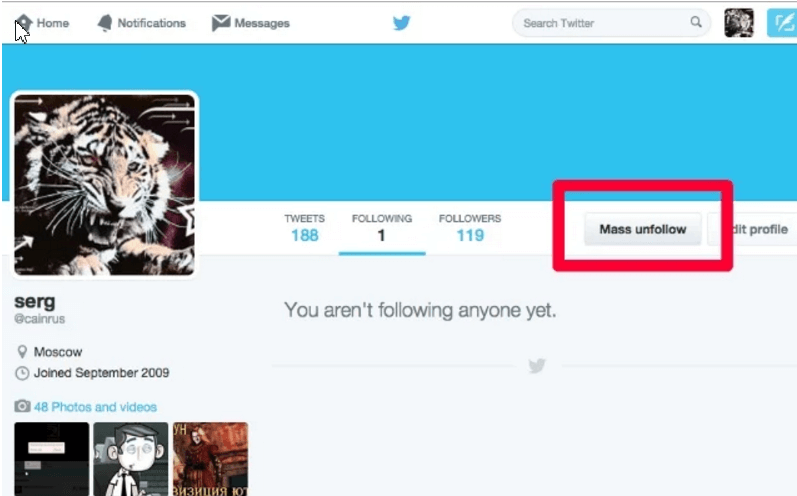 After a couple of seconds, the extensions runs a script and starts unfollowing all the people the account had following. Done.

TweetAttacksPro 4 is one of the highest rated mass unfollowing tools available for Twitter right now. It allows a 24/7 access to various Twitter-related tools like auto-follow, mass unfollow, delete all tweets, remove posts etc. The user though has to pay a certain fee to download the application for their browser. It comes in 3 different packages.

There is a certain JavaScript which when entered lets users unfollow everyone on they have followed in their twitter account. Here is a stepwise method to run the script.

Matter-of-fact, unfollowing accounts by using the tools mentioned above is a wise decision. It empowers users to save time, otherwise, the user would have to locate the inactive accounts one by one and unfollow them one by one which regardless of the time, is a really frustrating feature in itself especially if you’re on a slow internet connection.

This process, if done once in a blue moon is a really useful one as it cleans up your profile, makes it more spam free by removing inactive users and spammers making infinite amount of posts in a short period.

This also helps you to edit the profile to give it more of a formal look – more the formality of your account more the value of your brand; this attracts genuine followers. However, doing this is on a frequent basis is not recommended, Twitter gets reports of your actions which in the end leads to account suspensions or feature blockage.

Let us know your favorite tool among or except these in the comments section below.